Units
/
Mental Health Literacy
/
6.3 Understanding Stigma
1. Ready
2. Set
3. Go
4. Assess
All done with this lesson? You can mark it as complete in your dashboard.
Go Now >

Students learn about the danger of a single story. They then explore different stories about mental illness, thereby developing a new understanding of and perspective on mental illness. 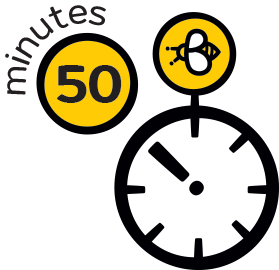 Introduce the lesson by telling students that many stigmatizing beliefs are the result of having only a single story about a group of people, a place, or a phenomenon that, in reality, is complex and diverse. Then, watch Chimamanda Ngozi Adichie’s 20-minute TED Talk, “The danger of a single story”.

After the video, engage in a 10-minute class discussion using the following prompts:

When it comes to mental illness, some of the most unheard stories are those from people who have personally experienced mental illness. Walk In Our Shoes is an innovative project that uses real stories from teens and adults to build mental health awareness, start age-appropriate conversations, and help students understand what it’s like to walk in someone else’s shoes.

Their interactive website uses animated videos as a tool for digital storytelling. Give students 15 minutes to lace up, strap on, or slip into a new pair of shoes and learn about mental illness from teens with lived experience.

After 15 minutes, ask at least three students to talk about an impactful story, something that they learned, or a particular idea that they can add to their mental health narrative. End this lesson by playing the two-minute video from Children’s Hospital Colorado, “Break the Stigma”.

What is the difference between stigma, stereotypes, discrimination, and prejudice?

These terms are often used together so it can be difficult to distinguish between them. Broadly speaking, stigma is a negative stereotype. A stereotype is an oversimplified idea that is generalized across a specific group of people. The generalized ideas can be positive or negative: For example, common positive stereotypes include that Asians are better at math than non-Asians, or that women are more social than men. On the other hand, common negative stereotypes include that Muslims are terrorists, or that people with mental illness are violent. To reiterate, stigma is a negative stereotype. Discrimination involves an action: It is the unfair treatment of people based on an aspect of their identity, such as race, gender, religion, ability, or sexual orientation. Discrimination is the behaviour that results from a negative stereotype/stigma. For example, if you believe that people with mental illness are violent, then you may avoid people with mental illness and feel like you need to create distance to protect yourself. In this scenario, the avoidance is discrimination. Finally, prejudice is an opinion that is not based on facts or experience. The difference between prejudice and discrimination is that prejudice involves your thoughts and feelings, whereas discrimination involves actions. An example of prejudice is if you were to think less of someone because of the colour of their skin, despite having never worked with them before.

I don’t have any stigma about mental illness.

Almost everyone has some kind of stigma about mental illness – this doesn’t make you a bad person. The stigmatizing beliefs and ideas that many of us have are the result of the environments we are raised in, the cultural and societal messages that we receive, and the conversations that we have been exposed to in our past. People living with mental illness even struggle with stigma and direct stigmatizing attitudes towards themselves. They might think of themselves as weak, unwanted, less worthy, or less capable as others, simply because of the stories that shape their mental health narrative. I would encourage you to take some time to reflect and write down the story you are telling yourself about mental illness. By writing down your thoughts, any stigmatizing attitudes you have or action you take may become clearer. Do you think that mental illness is something that won’t affect you? Do you think of mental illness as “less than” a physical illness, like cancer? What are the first words that come to mind when you hear the words “mental illness”? Even if your stigmatizing attitudes do not translate into actions, you need to be able to identify these attitudes before you can challenge them.

Does having stigma about mental illness make me a bad person?

No, having stigma about mental illness does not make you a bad person. Almost everyone has stigma about mental illness and this stigma does not define who you are. The stigmatizing beliefs and ideas that many of us have are the result of the environments we are raised in, the cultural and societal messages that we receive, and the conversations that we have been exposed to in our past. Now that you understand stigma, the important thing is to take action and address stigma. In our next lesson, we will talk a little bit more about specific techniques to address stigma. One of the best ways to reduce stigma is through education, or by learning more about mental illness. There are a lot of myths about mental illness and, in class, we will go through some of the most common misconceptions together to debunk these myths.

How do I know if my beliefs, words, or actions are stigmatizing?

The Canadian Mental Health Association uses the acronym S.T.O.P. to recognize mental health stigma. If you are unsure of whether or not your attitudes or actions are stigmatizing, pause, and ask yourself:

If you are unsure about whether your attitude or action is stigmatizing, be honest, and stay curious. Explain to the other person that you do not mean to stigmatize or harm anyone with your words and actions. Let them know that you are trying to learn and better understand the lives and experiences of other people. Ask them if they can help you understand how it makes them feel or what they think about your attitudes or actions.