Units
/
Foundations
/
1.2 Permission Slips
1. Ready
2. Set
3. Go
4. Assess
All done with this lesson? You can mark it as complete in your dashboard.
Go Now >

Students learn about intention setting through the use of permission slips. These permission slips simultaneously contribute to the development of students’ self-awareness, resourcefulness, and accountability.


And the point is…

Amid uncertainty, risk, and emotional exposure, it’s tempting to choose what is easy over what is right; to stray from our values and beliefs; to choose comfort over courage. In short, there are barriers to courage and vulnerability: Students might experience a fear of failure, or they may have concerns about what other people will think of them. In those times, students may find it helpful to give themselves permission to feel certain emotions or act in certain ways. By explicitly setting and writing down intentions, students recognize their ability to control their behaviour and the choice that they have to “show-up” the way they want to.

Furthermore, by identifying classroom values, you are creating a safe and brave space where students are held accountable for their actions, and where they are given the necessary support needed to practice living into their values. Classroom values create a more cohesive, respectful, and accepting learning environment and, when done properly, classroom values can enhance student engagement and strengthen relationships. Throughout the school year, these values will be used to guide decision making, shape conflict resolution, and increase student’s commitment to learning. 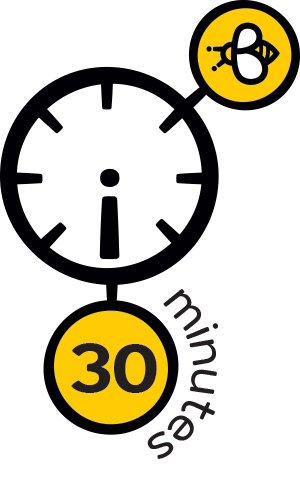 Start this activity by talking to students about the permission slips in a way that they are already familiar with, such as permission slips that their parents have to sign for field trips or media releases, or notes that are written to excuse them from class, etc. Explain that permission slips are ultimately a way for an authority figure, such as a parent or teacher, to allow students to do something that they otherwise would not be able to do. Without those permission slips, students might miss out on an experience, or only have access to a modified version of an activity.

Then, ask students to think about permission slips in a new way. Tell students that, today, they will be giving themselves the permission to either start or more fully engage with things that feel scary or uncomfortable in their life. By doing so, you are asking students to become an ‘authority figure’ in their own lives. Students should be able to recognize that this activity forces them to take responsibility for their behaviour and to recognize their ability to decide how they want to “show-up” in the world.

To help students understand what you mean, share a personal story about a time when you used a permission slip or when using a permission slip would have been helpful. Alternatively, you can share this fictional example, which Brené Brown uses:

“[Jordan] was going to a party where there would be a lot of people that [he] didn’t know. [He] gave himself permission to talk to people, but also to walk away if [he] needed some time alone. Before going to the party, [Jordan] wrote a note and stuck it in [his] pocket. The note said, ‘I give myself permission to talk to at least two people that I’ve never met and to walk away from the crowd for a few minutes if I’m feeling overwhelmed.’ [Jordan] looked at the note before [he] went into the party and [he] looked at it a couple of times during the party when [he] was feeling uncomfortable.”

Use your own example or Jordan’s example to highlight a couple of important points that students need to be aware of:

Once you have explained the concept of permission slips, give students five minutes to write themselves a permission slip related to how they will behave at school for the rest of the day.

The Single Use Permission Slip Template is available in the download section of this page.

After students have had the opportunity to share, prompt engagement by asking students the following questions:

If you or your students find value in this activity, try setting aside five minutes each morning for students to set intentions for that day. This is a great way for students to build awareness, become more mindful, and set goals for personal growth. Students can use their planners as a safe space to write down daily intentions or, you can download and use our weekly permission slip template, which has five permission slips on a single page.

The Weekly Permission Slip Template is available in the download section of this page.

Sometimes students may share a permission slip that is not appropriate because it either moves them away from engagement and connection or because it does not align with their personal or with the class values. Three of the most common inappropriate applications of permission slips are described below:

What if my permission slip involves another person?

You might write a permission slip that involves another person and that is okay. For example, if you feel overwhelmed with the number of things that you need to get done and you have a family function tonight, you can give yourself permission to ask your parents to only attend part of the family function so that you have more time to finish your work. However, your parents do not have to agree. You can only control your actions and sometimes the other person is not willing or not able to accept your request. Nevertheless, it’s okay for you to give yourself permission to ask a question. In fact, sometimes asking the question is what takes the most courage.

What if I am not able to act in the way that I intended?

That’s okay. Permission slips are for setting intentions and they help us be mindful of our actions but there are no repercussions or punishments if you fail to deliver. If this happens then make sure you take some time to think about why you were unable to follow-through so that you can make necessary changes before trying again. You might find it helpful to answer the following questions: