Units
/
Emotional Intelligence
/
2.1 Becoming an Emotion Scientist
1. Ready
2. Set
3. Go
4. Assess
All done with this lesson? You can mark it as complete in your dashboard.
Go Now >

Students consider how emotions have largely been disregarded, explore the reasons for this, and give themselves permission to feel. 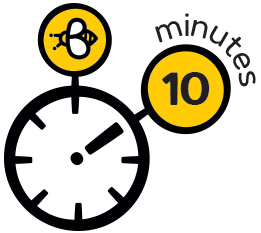 Without any indication of what students will be learning today, ask the class, “How are you feeling right now?”. You may want to address specific students, asking “Sam, how are you feeling?”, to get more organized responses. In this case, ask 5-8 students the same question. Most students will likely respond with either “good” or “fine”. In some cases, they may use simple emotion words like “happy”. The answers will probably be very repetitive, and, after a couple of answers, students might be confused about why you keep asking the same question.

Bring to students’ attention that everyone answered similarly and briefly review their answers. Then, ask students to raise their hands if they have ever answered “good” or “fine” to the question “How are you doing/feeling?” even when they weren’t feeling good.

If everyone doesn’t raise their hand, then students are likely not being honest with themselves or with you. Ask students to look around and notice that everyone has their hand raised. Then, thank them for participating and indicate that they can lower their hands.

Next, ask the class to brainstorm reasons for why it’s hard to genuinely talk about our feelings. Expect students answers to include some of the following ideas:

Now, ask students to consider the potential consequences of bottling up their emotions.

If students are having a hard time identifying consequences, ask them to think about a time when they or someone they knew bottled up their emotions and what the result was. Use guided question to ensure that students reach these four main conclusions:

By now, students hopefully recognize that it’s quite common to avoid feelings and that, although it may seem easier to “bottle it up”, not feeling is not an option.

But what comes next?

Tell students, “It’s time to give yourself the permission to feel”. Students will already be familiar with the concept of permission slips from an earlier lesson.

Print the same worksheet/template and give each student one permission slip that, at minimum, gives them the permission to feel.